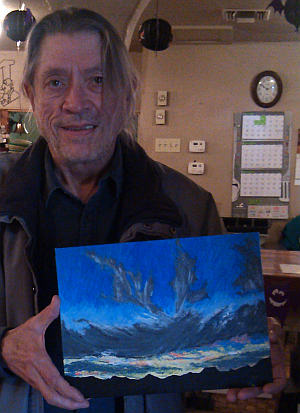 Change has been a good thing….At least it has for Bill Chaplin. His life mirrors one positive change after another. Some life changes came by chance, and others, he avidly fought for – but all in all, this is a changed man.

The first of many life changes came in 1962. Young Bill and his family resided in the great farmland of Central Illinois, where his mother was diagnosed with a serious lung condition. Doctors advised urgently that she move to a dry climate, otherwise his mother’s disease could claim her life. Without hesitation, the family moved to Scottsdale, AZ. Change was very good! The lung condition was completely healed within 6 months. Bill subsequently resided in the Phoenix area for 30 years.

In Yarnell, Bill is known for his warm smile, after which you may expect a tender and compassionate bear hug. That’s why it comes as no surprise that Bill was an RN for 18 years. He felt strongly that he could impact the lives of his patients through touch. His nursing career was mostly in ICU and Specialty departments. Sincere compassion is a gift that Bill has been blessed to receive, and he shares it effortlessly.

Another shift came, and seemingly at the time, it was not a positive turn in his life – except in hindsight, which is always 20/20. One thing after another seemed to go awry. Bill was diagnosed with Chronic Fatigue Syndrome, making him incapable of performing his duties at work. He was then forced to leave his nursing career. In addition to that disappointment was the devastating end a 22-year relationship. By this time, he was also suffering with severe and debilitating back pain.
Bill Chaplin fell into a chasm of desperation.

Depression claimed his heart, and to cope, Bill turned to pain killers for his severe back 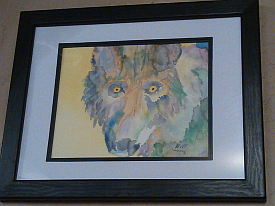 pain, as well as to speed to numb the heart break. His nicotine addiction was up to 4 packs a day – all circumstances that felt hopeless, but yet, a great victory was looming in his life. Bill put his mind over the matter, realizing that he needed to make big changes for his own well being. And 16 years ago, he did just that.

His first accomplishment was to discontinue the use of speed. He made the decision, acted upon it, and thus lies a victorious story. He gave up his cigarette habit as well, which was a 2-year battle, but again, a success! Then, Bill recounts that he had a very poignant experience in Yarnell, AZ, a life changing event that took place for him at the Shrine of St. Joseph. Bill had begun a regimen of running, walking and hiking. One day, he climbed to 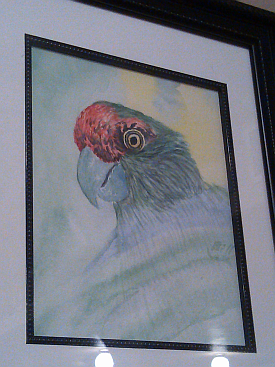 the top of the Shrine to reflect on the Crucifixion at the very top. There was no mistaking what he heard. A voice clearly told him to stop taking the back pain medication. Bill does not care who spoke, he doesn’t even care if it was his very own mind. All he knows, is he heard it, and it was good advice, so he took it. Acupuncture was now the answer for back pain. Bill is an outspoken advocate for this alternative treatment. “Six sessions of acupuncture,” he says, “zero back pain to this day.”

Complications from health issues did afflict him for awhile. The drug Interferon, a treatment used for hepatitis, was very hard on his health. He explains that it nearly killed him. However, Bill is comfortable with change, and he pursued a lifestyle of hobbies and enjoyment to share with others, now that he is healthy in body and spirit. Meditation, exercise and giving back his talent to his community keep him focused and fulfilled.

Bill has been painting for 8 years, and his work was once displayed at the store formerly 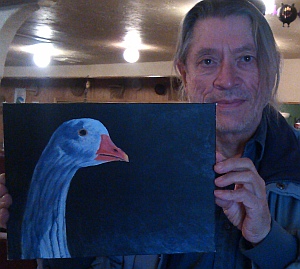 known as “Brand New Dead Things”, which is now “Patty & Sons”, on the South side of Yarnell. He began painting with water colors in the artist’s group that meets each Thursday in town. His art reflects his life – colorful, sometimes abstract, other times clearly defined, and sometimes peaceful beauty. He has recently been experimenting with acrylic painting and using a palette knife, which he is greatly enjoying. Bill’s work has given him success, as his paintings have been selling regularly. You can view some of his art adorning the walls at the Yarnell Family Diner. 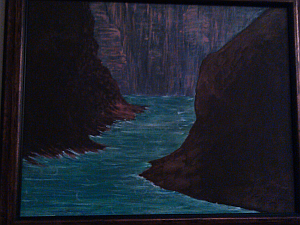 Not only is painting a passion for Bill, but he is also a Brown Belt Instructor of Tai Chi, an exercise that is referred to by some as “moving Yoga”. It is a series of controlled motions that are designed to relax the body, revive the mind and aid one’s chemical symmetry. He has the privilege of instructing youth Tai Chi in Wickenburg, AZ. And that’s not all – Bill enjoys singing, and takes vocal coaching classes with Vanessa Purdy, which he has savored for 6 years and counting.

Life changes have been good. They led Bill to his happiest period to date: “I have lived in 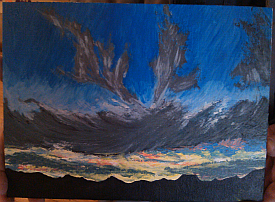 Thank you, Bill – Yarnell is happier because of you, too.